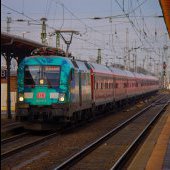 This Mod changes the entire sound within Train Simulator. Almsot everything has been redone and modified. In addition the driving physics have been overhauled including the removal of the camera shaking when braking or accelerating

A preview video is here

1. Install the ICMm DLC by ChrisTrains

2. Go to your Train Simualtor main folder (usually C:\Program Files (x86)\Steam\steamapps\ common\RailWorks). There is a executable program called Utilities.exe. Under the section Package Manager you can install the *.rwp file included in the download.

If there is a problem with installing, you can try installing it manually:

2. Copy this folder into you Train Simualtor main directory and overwrite everything when asked

To apply the update. Please reinstall the train and then install this mod again