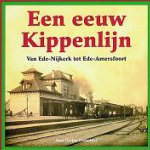 Due to the fact that link 2 of signal 180 (Ede Wageningen) was in the switch, here  a new complete update of the route!

And again with emphasis; remove the old version before installing the V1.6 Update 24-6-2021!

It was high time to put that online after many changes in the existing part, with the cant being the most feasible and under a curve radius  from about 2000 because it is barely or not perceptible above that.

Due to this change it is possible that scenarios can give an error of eg being next to the rails.

Furthermore,  the many objects from Frison, Coha and Chris who joined, a piece of VSM line up to the VAM, the industrial line to the Lage Weide, both of which are not yet completely finished and more....

Well, if you have to wait for that, we are a few years further. Make sure that the packages are up-to-date to avoid missing objects, although the last added item may not be in it (yet).

For the manual etc. just keep the V1.5, don't know if anything new has been added and wouldn't be listed with this.

I think that's enough for now, keep an eye on this post for changes.

And again with emphasis; remove the old version before installing the V1.6!

The reported errors etc. have been eliminated

Furthermore, to my knowledge nothing has changed in terms of scenery, just make sure you have at least the Frison pack 3 and Christrains scenery pack up-to-date.
For the Manual and Assets I advise you to keep 't HvN V1.4.
It is possible that third party scenarios can give error like broken consist or AI error etc.

And again with emphasis; remove the old version before installing the V1.5!

What is new / changed in 1.4
The Heart of the Netherlands is now available as version 1.4.
New in this version is the use of Coha Tracks v2.1 and 4 WIP sections (Arnhem-Didam, Hilversum-Weesp, Utrecht-Woerden and Breukelen-Woerden).

The reported errors etc. have been eliminated in the 2 beta tests and scenarios are checked.
A NLweg2 lane from Tankje with moving traffic has been added where "Cars from Frison driving on roads of Christrains" are also needed! (see below)
The required files are in the separate RWP assets file, including the Marklin folder that has remained unchanged compared to the previous one.


Installation
Extract the rar file that contains the route, the Assets (rwp) and this text file with the changed files compared to the earlier Assets file from v1.0

Don't you want to keep that? Then remove the named folder completely from Content -> Routes 47b6f7ad-85b8-667f-975a-5aeb7c18d28c
For users of the first hour I refer you to st-ts-00138_HvN_Vol1_Assets.rar which is attached.
Also take the manual with you for further requirements, etc.

Finally, it cannot be said often enough, but again, all providers thank you for making it possible to build as realistic as possible.

No changelog available for this version.